Since demand and popularity for faux meat are on the rise, there has been an influx of competition in this industry. Companies and other big-name brands are fighting to get their products on grocery store shelves and in restaurants.

Beyond Meat is an example of a company that is disrupting the meat industry with its alternatives. It was one of the first to enter the market and has gotten a lot of attention with its stock performance and well-known customers, such as Denny’s, Dunkin’ Donuts, TGI Fridays, and Subway. It is also trading at more than five times the price at which it did in its IPO only a half of a year ago. At the same time, legacy brands, such as Tyson, are entering this space and already have sophisticated supply chains and infrastructure in place. So, are new players in this industry overvalued? Or, will the old guard be overthrown? 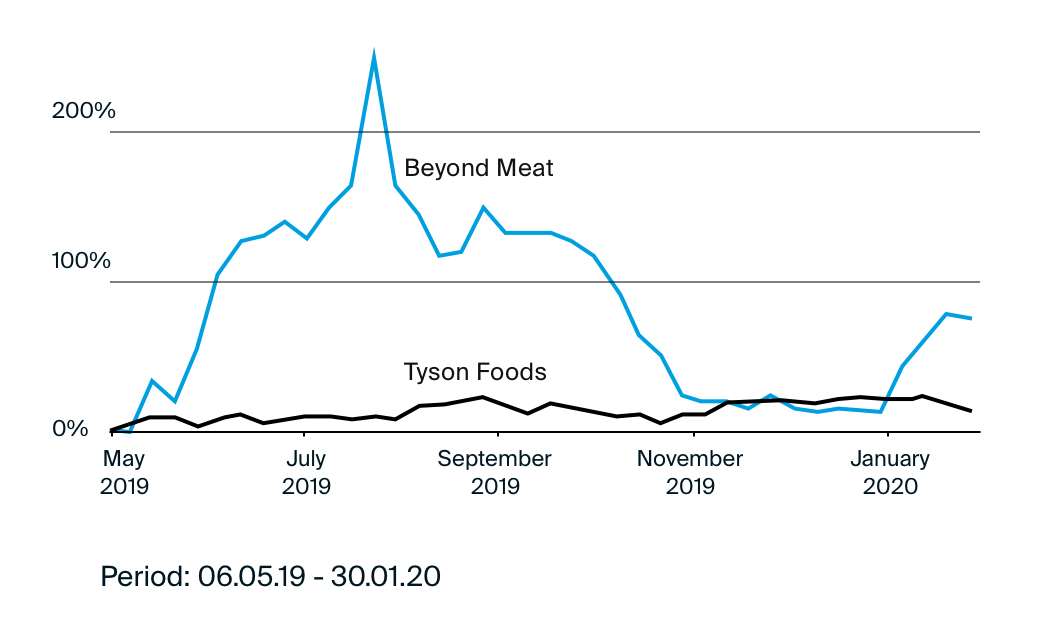 There is a lot of debate around the size of the alternative meat industry and its growth projections. Some analysts estimate that its value is anywhere between $10 to $40 billion. Jeffries analyst Simon Powell estimates that alternative meat currently makes up less than 1% of the $1.4 trillion meat industry, but could grow to 9% by 2040. Growth projections remain positive and Beyond Meat has taken on some well-known restaurant chains recently. In Q3 2019, 55% of their sales were from retail and 45% were from the restaurant & foodservice sector, with restaurant & foodservice becoming more important each quarter. 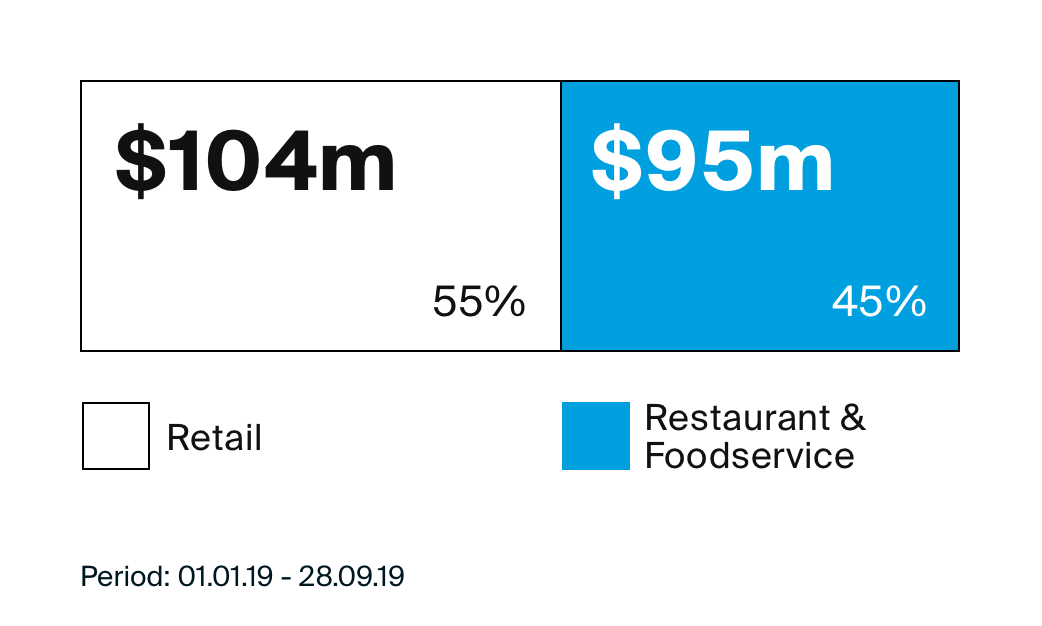 But it is not all good news. The Canadian restaurant chain, Tim Hortons, recently decided to drop Beyond Meat products from its menus as it was not as embraced by consumers as expected. Additionally, Burger King restaurants that offer Impossible Foods’ Impossible Burger on its menus are now offering it at a discounted price due to a dip in sales.

More established brands, such as Tyson, Nestlé, Conagra Foods, The Kraft Heinz Company, Kellogg, Maple Foods, and more are also hopping on board. For example, Tyson, the largest meat producer in the US, has expressed its interest in fully competing in this space with their brand Raised & Rooted. Moreover, before Beyond Meat offered its IPO in May 2019, Tyson Foods had a 6.5% stake in the company. Tyson CEO Noel White recently said that it made more sense for the company to develop further capabilities themselves versus buy a company like Beyond Meat due to Tyson’s infrastructure, contacts, and minimal investment to be able to scale quickly.

Beyond Meat versus Tyson

For some, Beyond Meat is the top-of-mind brand when it comes to faux meat due to its early entrance into this space and its high-profile stock performance. However, some analysts suggest that more established companies, like Tyson, have a competitive advantage due to their supply chains, infrastructure, and financing capabilities.

How do these companies compare in terms of financials? In Q3 2019, Tyson saw revenues of nearly 120 times more than Beyond Meat’s revenues. Additionally, in Q3 2019, Beyond Meat had a net income of $4.10 million and Tyson’s was $369 million. Tyson’s market capitalisation also greatly surpasses Beyond Meats at about $30.97 billion compared to $7.21 billion as of the 31st of January 2020. 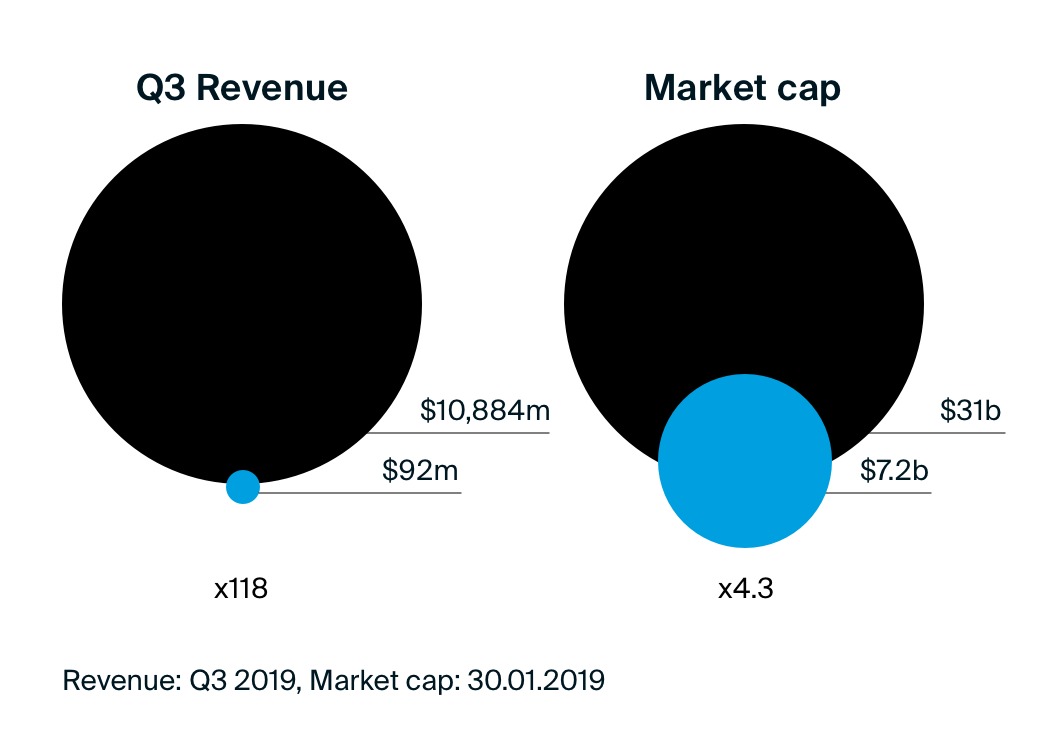 What do you think will happen? Are companies like Beyond Meat overvalued? Or, will they be able to continue to challenge the meat industry as we know it and take down legacy brands in this ever-growing competition?

Are you interested in investing in alternative meat? Whether you would like to invest in Beyond Meat, Tyson, or another company, DEGIRO makes it easy with our easy-to-use platform. We also offer investing with incredibly low fees, so the impact of transaction costs on your return is minimised.