The gaming industry is a broad investment category that has become one of the fastest-growing entertainment industries. According to a report published by Accenture in April 2021, the value of the global gaming industry exceeds $300 billion, more than the movie and music industries combined.

Have you ever thought about adding gaming stocks to your portfolio? Keep reading to learn about this industry and some of the big names in it.

People have been playing video games for decades. One of the first video games to see commercial success was Pong, released by Atari in 1972. The game was a two-dimensional arcade-tennis table game, which later turned into a home console game. Many cite Pong as the game that helped kickstart the industry.

The gaming industry has changed immensely since then. Today, three-dimensional high-definition graphics look nearly real, a once-niche market has turned mainstream with 2.7 billion gamers globally and game development costs have skyrocketed, some games costing tens to hundreds of millions to make. Advancements in technology have changed the way people play games. While arcade games are still around, the main ways to play games are on mobile devices, consoles and PCs.

New trends in the gaming industry are always rising. According to an article published by Yahoo Finance, some of the top gaming trends for 2021 are esports, could-based gaming, social gaming, virtual reality (VR) gaming and ‘roguelike’ gaming, which is a subgenre of role-playing video games.

Segments of the online gaming ecosystem

The gaming industry is massive and diverse, creating different streams of revenue for the industry and investment opportunities. Below are eight segments within the gaming industry and examples of companies that operate in each. Some companies may be involved in multiple segments; for example, a company may both develop and publish games.

Newzoo, a research firm focusing on games and esports analytics, published their 2021 Global Games Market Report in July 2021. In it, Newzoo reported the top 100 public game companies based on revenues in 2020. Out of these, the top-10 were either Asian or American companies: 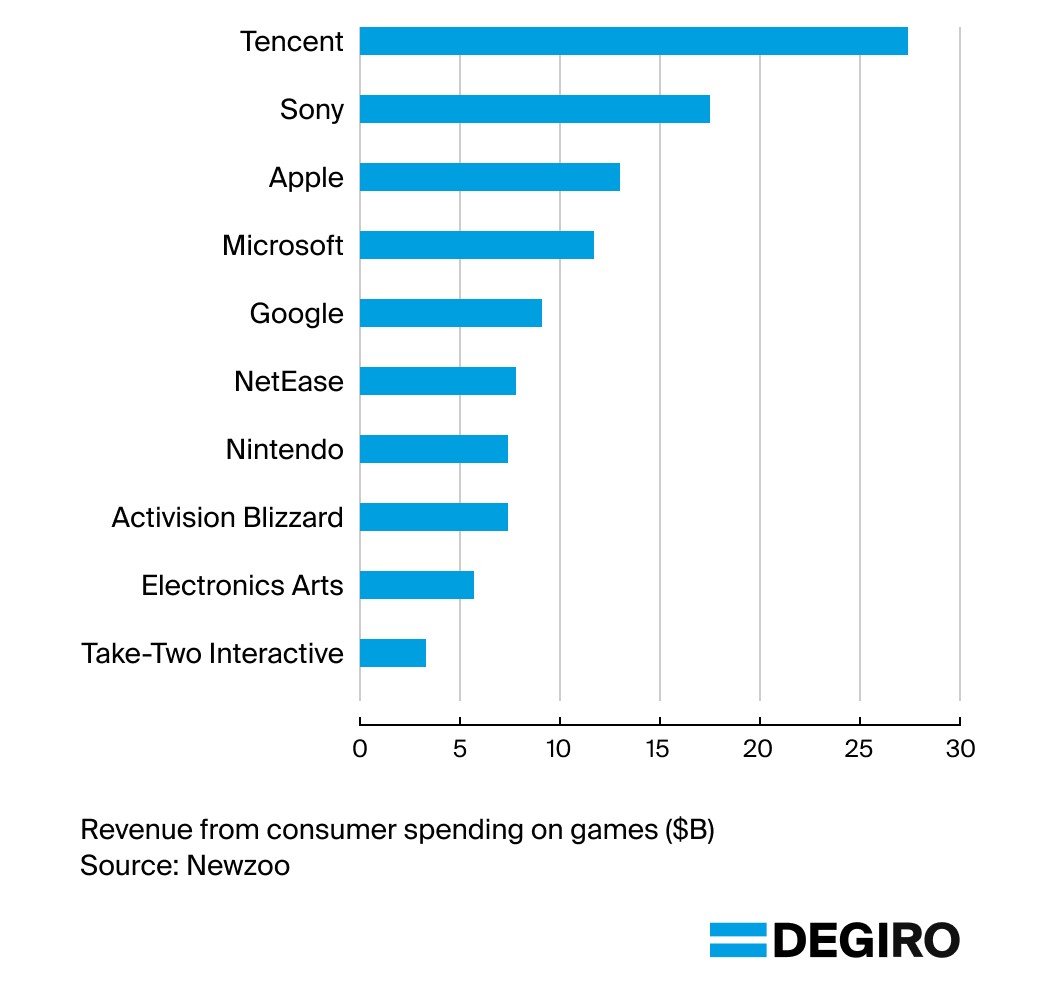 *In cases where a company does not explicitly report game revenues apart from total revenues, Newzoo included an estimate. Esports were not included as well as revenues from hardware sales and other non-game sales. 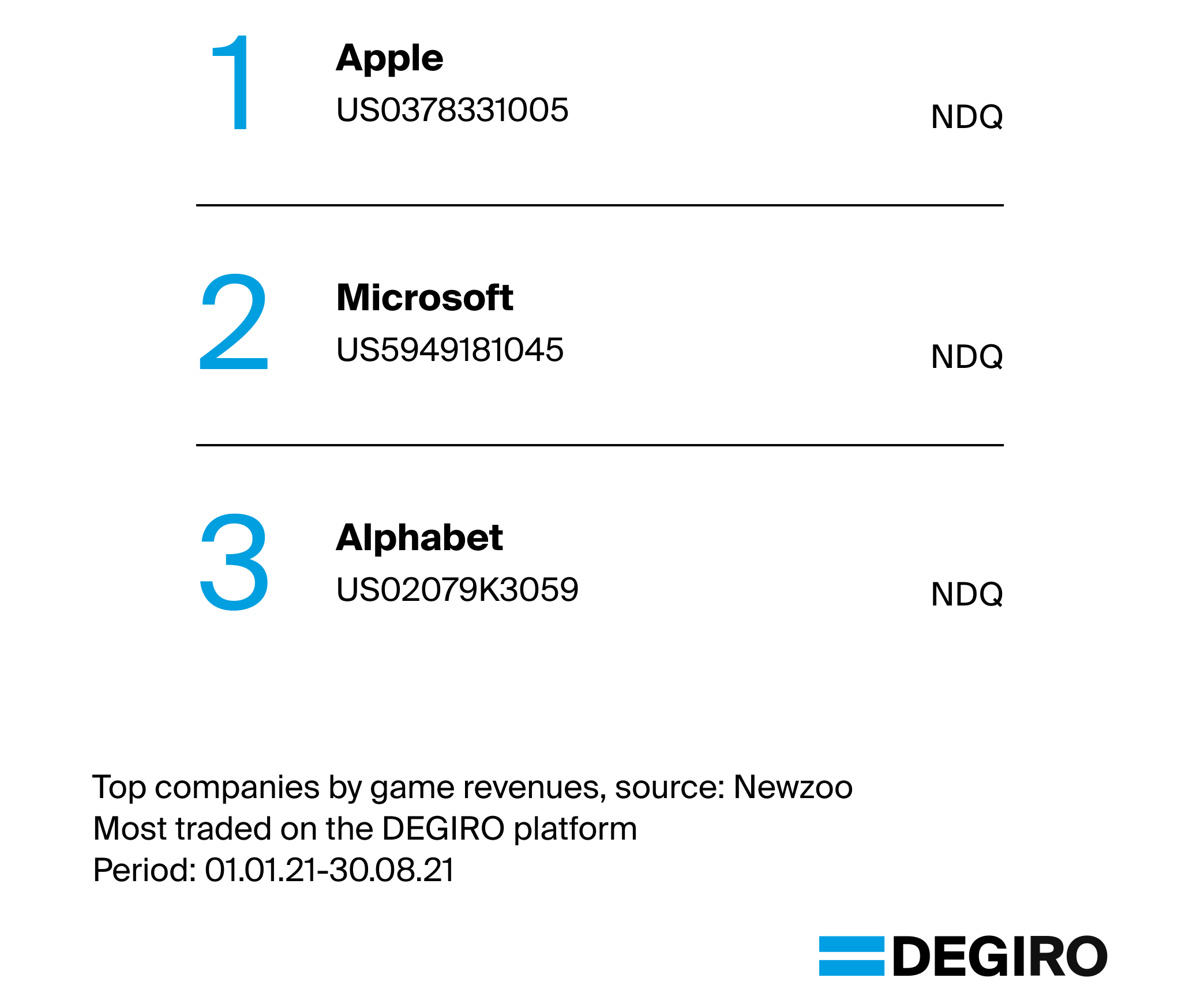